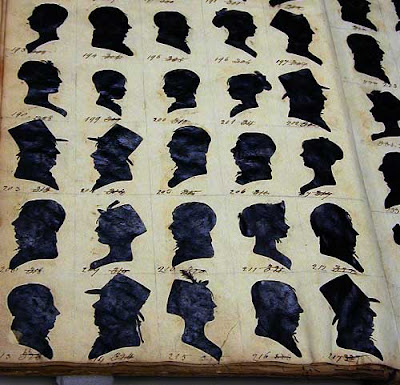 "Clarissa draws her scissors from the case,
To draw the lines of poor Dan Jackson's face.
One sloping line cut forehead, nose and chin,

A nick produced a mouth and made him grin."
~Jonathan Swift
Click on the following links to learn about the History of Hand-Cut Silhouettes.
History of Silhouettes

A Timeline History of Silhouettes

Photos and Notes from an Avid Silhouette Collector 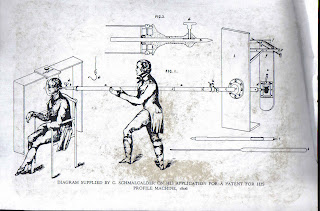 (Click on images to enlarge and see detail)
The Physiognotrace
Charles Wilson Peale used the Physiognotrace for making "hollow cut" silhouettes in the 1800's. A hollow cut is what is left over after the inner profile is cut out and removed. Black cloth or paper was used behind the hollow cut to show the profile originally cut from white paper.
The Physiognotrace was fastened to the wall, and the sitter placed his head against a hollow plaque for steadiness. The Artist would then carefully trace around the entire head with a brass gnomon (also known as a "Storks Beak"), while the far end of the arm would draw the outline of the head on paper in a smaller size,
up-side-down. That tracing would then be cut out. 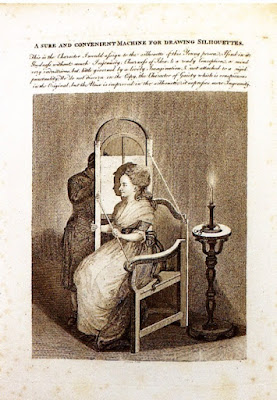 The Limomachia
John Casper Lavatar designed a special chair that kept the sitter in a rigid position.
Lavatar theorised that a person's character and mental attitude could be discerned by observing the various facial features. 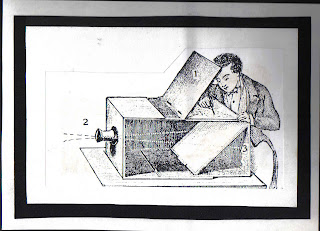 The Camera Obscura
The camera obscura has a reducing lens, and when tracing paper is placed over a glass where the reduced image is cast, one has a perfect shadow of the subjects' head and chest. This shadow is then traced and becomes the pattern to cut from.
Watch the Camera Obscura in action in these two fascinating video clips:
Camera Obscura~ Girl with a Pearl Earring
From "Genius of Photography"~ AMAZING to watch! 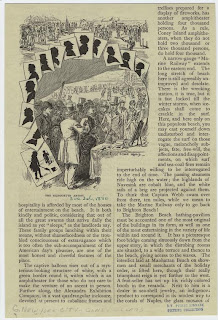 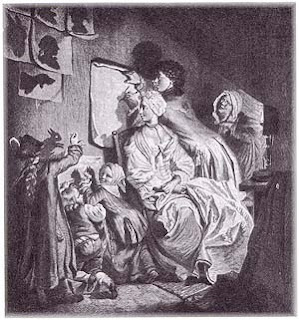 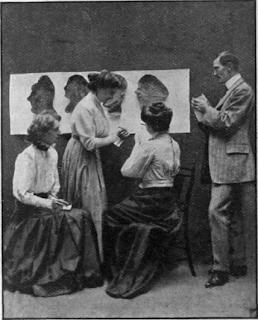 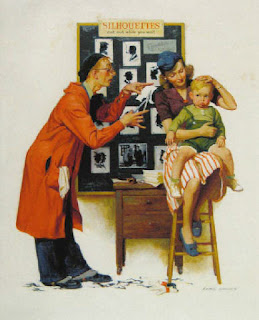 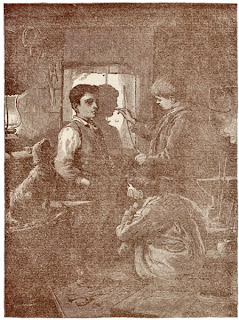 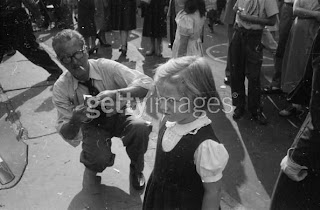 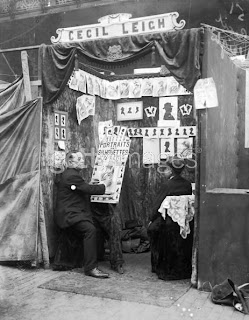 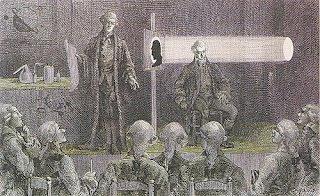 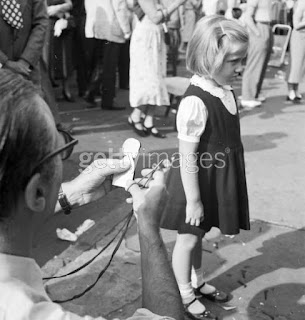 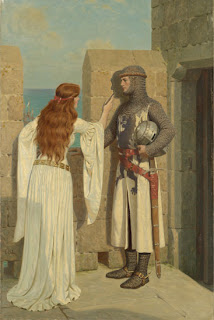 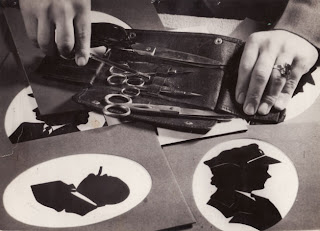 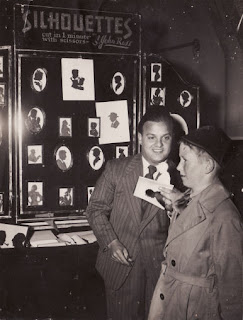 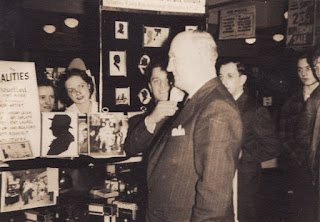 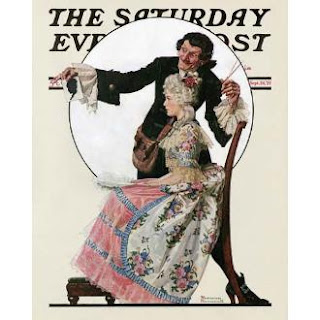 These images used for this story are for entertainment, historical and educational purposes only. I claim no ownership or authorship to them. (And I'm not selling them either, only my stuff.)

Posted by Silhouettes by Kathryn at 1:00 PM